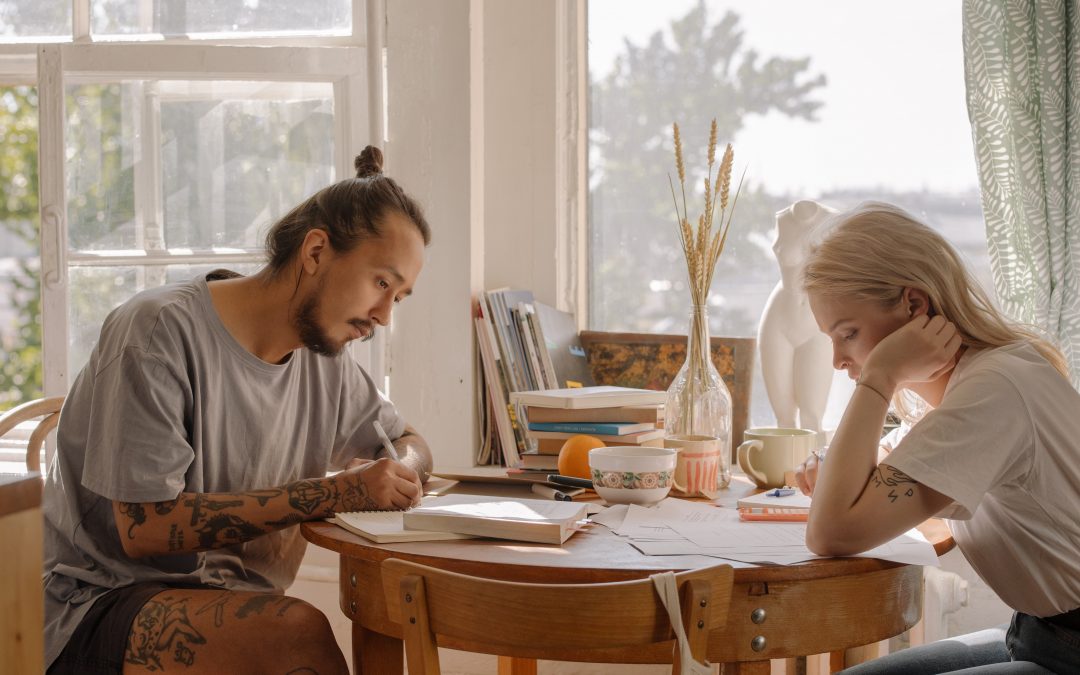 As times move on love and modern relationships no longer mean marriage, cohabitation is  on the rise! It is sensible to regulate your affairs in relation to money, property and children  issues with a Cohabitation Agreement . This is a formal, legally binding document that can  also deal with what will happen if you split up. Having peace of mind, you and your partner  can then move forward positively together. Contact us for more information:

Cohabitation is the state of living together and having a sexual relationship without being  married. There are legal differences between cohabitation and marriage but generally a  cohabitating couple will have fewer rights than a married couple.

Whilst marriage is on the decrease, cohabitation rates increase. On 2nd of March 2021, the  Families and households in the UK: 2020 Statistical Bulletin was released. This showed that  even though married and civil partnered couple families remain one of the most common  family types, there is an increase of more people choosing to live together before, or without,  getting married.

With fewer marriages occurring and many couples cohabiting for longer, this has resulted in  individuals living together without the legal protection offered through marriage. Contrary to  popular belief, there is no such thing as a ‘common law marriage’. It does not matter if you  have lived together for years or have children together as neither of these gives you legal  recognition as a couple. Similarly, it is commonplace for one of the couples to reduce their  working hours to care for children or elderly relatives, or for one of the couples to agree to  pay a higher percentage of the bills through a verbal agreement based on fairness at that  time.

Without legal recognition as a couple, it is extremely difficult and expensive to obtain a share  in the family home or your partner’s finances if you split. Particularly as the Courts cannot

make your ex pay maintenance to support you merely because it’s fair or it would reflect how  you had historically organised your finances as a couple.

The Department for Work and Pensions has published on the 15th of July 2021, that there will  be changes made to bereavement benefit rules, cohabiting couples will have more benefits.  Previously, a surviving parent could only claim the financial support if they had been married  or in a civil partnership at the time of their spouse or civil partner’s death.

Campaigners fighting for a change reported that around 2,000 co-habiting families a year,  lose out on the payment, made to individuals whose husband, wife or civil partner have died.  The ministers pledged in July of last year to extend the payments to cover co-habiting couples  with children as well.

Bereavement Support Payment is a benefit paid to families for 18 months if a husband, wife  or civil partner dies, however unmarried partners are not eligible. This is awarded at different  levels, which is decided according to which individuals circumstances, but can rise to almost  £10,000, if a couple receives a child benefit.

In February 2020, the High Court was found denying co-habiting parents the payments, which  went against their human right.

Under the current plans, Widowed Parent’s Allowance and Bereavement Support Payments  will be extended to surviving cohabiting partners with children who were living with their  partner at the time of death. The estimation is that more than 22,000 families will now be  able to claim this vital help, which will total an additional £320 million in support for bereaved  children over next five years. DWP Minister, Baroness Stedman-Scott has said that the death  of a loved one is devastating, but it can also come with a significant financial implication. This  change will mean that more families can have the access to the support they need, during the  most difficult of times, and hopefully this swift change will make that possible.

Under the draft plans, a surviving partner with dependent children will only need to have  lived with the deceased partner on the date of their death. This is one of many benefits that  have started to be extended from married couples and civil partners to cohabiting couples.

Whilst there are some future plans regarding cohabitee benefits , if implemented, there still  remains a lack of parity for unmarried couples.

Cohabiting couples can formalize their living arrangements through a Cohabitation  Agreement. A Cohabitation Agreement is a legally binding document entered into to regulate  the couple’s affairs concerning:

▪ what will happen if you split up

A Cohabitation Agreement can provide clarity through a written agreement as to where  everyone stands. It can avoid a great deal of unpleasantness, arguments and resultant Court  proceedings.

Cohabitation Agreements should be tailored to your families situation. At Stalwart Solicitors  we are happy to talk to you regarding the facts and nature of your case. No one client or case  is the same, each requires a unique approach!

Please contact us for a 30-minute free video chat, web chat or telephone call to start the  conversation and to see how we can help. We are available 24/7 through the following  platforms:

*2018 statistics are the latest release for the Office for National Statistics as of 2021. Figures  for 2020 will not be released until 2023 to take into account the Covid-19 pandemic.