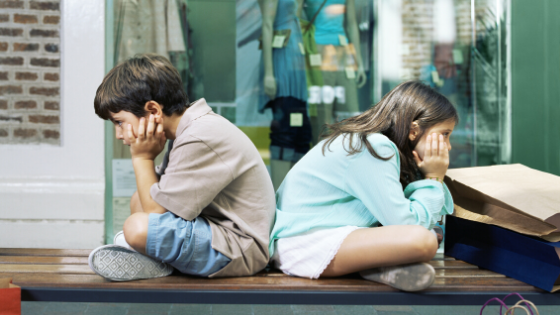 Following the March 2020 lockdown there was a significant increase in homelessness due to the rise in redundancy and cuts in Universal Credit which meant that families were evicted from their homes and forced to stay in B&B’s. Reports show that up to 1,100 families may have spent part  of lockdown in B&Bs exceeding the lawful 6 week limit,  forcing them to relocate  from hotel to hotel.

According to the Children Commissioner’s report the B&B’s would be extremely cramped in which children would have to do their school work and spend most of their days. There were some instances where children would have to be loaned laptops from their schools, however due to their stay at the B&B this meant extra expenses on top for parents to utilise the premises’ Wi-Fi. Not only was school work effected, but they would encounter anti-social, threatening people within the premises such as drunk residents or be subjected to a domestic violence situation.

Often if children are being subject to mistreatment teachers and social workers are the first to pick up such signs, however due to the closure of schools from March 2020 until the summer such children were essentially neglected.

After being evicted alongside his mother and young siblings, he had relocated  to different hotels approximately 11 times. He had only been given a laptop towards the end of June 2020  which meant he was behind his peers on workload, to make it worse his family had to pay for Wi-Fi and other expenses such as takeaway because of the limited provisions  of the B&B . Therefore they were limited on finances.  Michael did not feel safe as there were NHS workers isolating in the hotel for fear of their own family contracting the virus. There was ‘no way out’ for Michael.

Get Custody of your children by training a main law office in London. Call us on +44 (0) 345 222 0452 or complete our online form to arrange to speaks a family law specialist. See https://t.co/74exzpHbQr#familysolicitor #legaladvice #cohabitation #divorce #childcustody pic.twitter.com/yxhcfy3UmT

Following the Children Commissioner’s report there has been a number of suggestions to accommodate towards British homeless children.

In a future lockdown

There is an anticipated ‘second lockdown’, following Boris Johnson’s unpredictable advice the Government should take on board the Commissioner’s report and be strategic with funding and support.  Funding from the Government is often the main theme which occurs in recommendations linked to vulnerable people. This suggests the priorities and decisions of the Government have not been efficient in targeting  these  vulnerable  children.